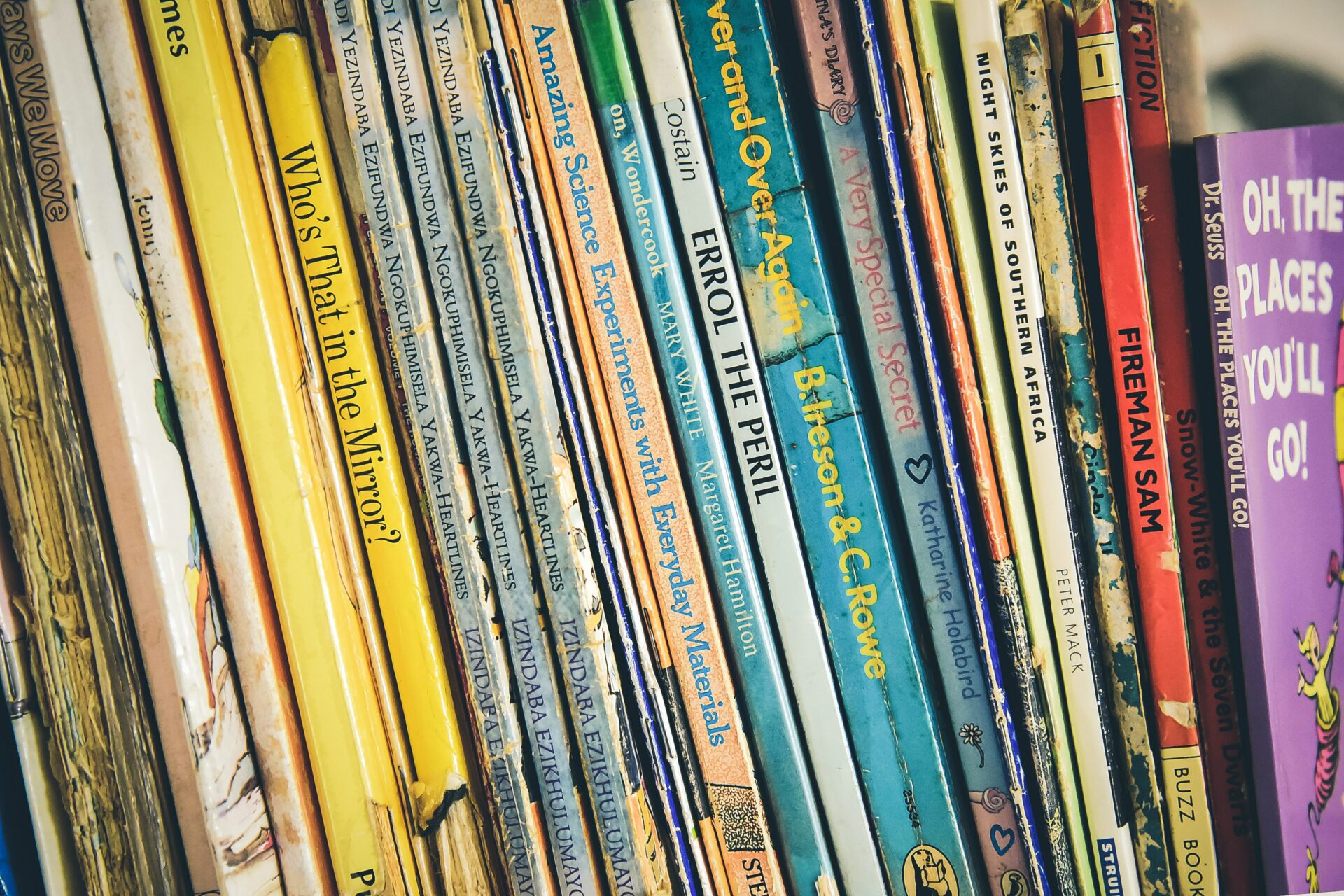 A Columnist Looks at Life, by Calvin Rutstrum
Atlas of the Heart : Mapping Meaningful Connection and the Language of Human Experience, by Bren Brown
Box Lunch Lifestyle Using Your Lunch Break to Win Back the Life You Deserve, by Cheryl K. Johnson
Breath : the New Science of a Lost Art, by James Nestor
Build : an Unorthodox Guide to Making Things Worth Making, by Tony Fadell
Chasing History : a Kid in the Newsroom, by Carl Bernstein
Freezing Order : a True Story of Money Laundering, Murder, and Surviving Vladimir Putin’s Wrath, by Bill Browder
Greenhorns in the Southwest, by Calvin Rustrum
Happy-Go-Lucky, by David Sedaris
Junk Science and the American Criminal Justice System, by M. Chris Fabricant
Life on the Mississippi : an Epic American Adventure, by Rinker Buck
Origin : a Genetic History of the Americas, by Jennifer Raff
Plant Grow Harvest Repeat : Grow a Bounty of Vegetables, Fruits, and Flowers by Mastering the Art of Succession Planting, by Meg McAndrews Cowden
River of the Gods : Genius, Courage and Betrayal in the Search for the Source of the Nile, by Candice Millard
Riverman : an American Odyssey, by Ben McGrath
Rogues : True Stories of Grifters, Killers, Rebels and Crooks, by Patrick Radden Keefe
Say Nothing : a True Story of Murder and Memory in Northern Ireland, by Patrick Radden Keefe
Serenity at 70, Gaiety at 80: Why You Should Keep on Getting Older, by Garrison Keillor
Seven Aunts, by Staci Lola Drouillard
Stands Before His People : Enmegahbowh and the Ojibwe, by Verne Pickering
Svenska Fortitude: Memoirs of John Ostlund, a Swedish Immigrant Pioneer in Minnesota, by Jenny Ostlund-Evens
The Beauty of Dusk : On Vision Lost and Found, by Frank Bruni
The Classic Sporting Art of Bob White, by Bob White
The Gates of Europe : A History of Ukraine, by Serhii Plokhy
The Last Slave Ship : The True Story of How Clotilda Was Found, Her Descendants, and an Extraordinary Reckoning, by Ben Raines
The Puzzler : One Man’s Quest to Solve the Most Baffling Puzzles Ever, from Crosswords to Jigsaws to the Meaning of Life, by A. J. Jacobs
The Second Long March Memoir from a Witness to China’s Transformation, by Patti Isaacs
The Steger Homestead Kitchen : Simple Recipes for an Abundant Life, by Will Steger
The Writing of the Gods : The Race to Decode the Rosetta Stone, by Edward Dolnick
Trailed : One Woman’s Quest to Solve the Shenandoah Murders, by Kathryn Miles
Winter’s Children: A Celebration of Nordic Skiing, by Ryan Rodgers

A Flicker in the Dark, by Stacy Willingham
A Long Petal of the Sea : A Novel, by Isabel Allende
Bewilderment : a Novel, by Richard Powers
Black Cake : A Novel, by Charmaine Wilkerson
Boom Town : A Lake Wobegon Novel, by Garrison Keillor
Breathless, by Amy McCulloch
City on Fire : A Novel, by Don Winslow
Dream Town, by David Baldacci
French Braid, by Anne Tyler
Hatchet Island, by Paul Doiron
Her Hidden Genius : A Novel, by Marie Benedict
Horse, by Geraldine Brooks
Lessons in Chemistry : A Novel, by Bonnie Garmus
Mercy, by David Baldacci
Nightcrawling, by Leila Mottley
Olga Dies Dreaming, by Xochitl Gonzalez
Out of the Clear Blue Sky, by Kristan Higgins
Portrait of an Unknown Woman, by Daniel Silva
Run, Rose, Run, by Dolly Parton
Sea of Tranquility : A Novel, by Emily St. John Mandel
Sparring Partners, by John Grisham
Still Life, by Sarah Winman
The Book Woman of Troublesome Creek, by Kim Michele Richardson
The Cartographers : A Novel, by Peng Shepherd
The Christie Affair, by Nina de Gramont
The Diamond Eye : A Novel, by Kate Quinn
The Dictionary of Lost Words : A Novel, by Pip Williams
The Family Remains : A Novel, by Lisa Jewell
The Hotel Nantucket : A Novel, by Elin Hilderbrand
The House Across the Lake : A Novel, by Riley Sager
The Last House on the Street, by Dian Chamberlain
The Last to Vanish : A Novel, by Megan Miranda
The Lying Life of Adults, by Elena Ferrante
The Matchmaker : A Spy in Berlin, by Paul Vidich
The Safe Place, by Anna Downes
The Violin Conspiracy, by Brendan Slocumb
Tom Clancy : Oath of Office, by Marc Cameron
Two Nights in Lisbon, by Chris Pavone
Washington Black, by Esi Edugyan
What Happened to the Bennetts, by Lisa Scottoline

A Game of Gear, by Charles Todd
A Sunlit Weapon, by Jacqueline Winspear
City of the Dead, by Jonathan Kellerman
Cold Cold Bones, by Kathy Reichs
Desolation Canyon, by P. J. Tracy
Every Cloak Rolled in Blood, by James Lee Burke
Fox Creek : A Novel, by William Kent Krueger
Give Unto Others, by Donna Leon
One Step Too Far : A Novel, by Lisa Gardner
Shadows Reel, by C. J. Box
Something to Hide, by Elizabeth George
Something Wicked, by David Housewright
The Investigator, by John Sandford
The It Girl, by Ruth Ware
The Locked Room, by Elly Griffiths
The Maid : A Novel, by Nita Prose
The Paris Apartment : A Novel, by Lucy Foley
The Runaway, by Nicholas Petrie
The Sacred Bridge, by Anne Hillerman
The Sweet Goodbye, by Ron Corbett
The Ursulina, by Brian Freeman

A Fatal Audio CD Collection : Three Temperance Brennan Audio Bestsellers, by Kathy Reichs
Always Time to die, by Elizabeth Lowell
Better off Dead : A Novel, by Lee Child
Dust : A Richard Jury Mystery, by Martha Grimes
No One Goes Alone, by Erik Larson
Predator, by Patricia Daniels Cornwell
The Four Winds : A Novel, by Kristin Hannah
The Madness of Crowds, by Louise Penny

A Kid’s Guide to Saving the Planet : It’s Not Hopeless and We’re Not Helpless, by Paul Douglas
Africa, Amazing Africa, by Atinuke
An Indigenous Peoples’ History of the United States For Young People, by Debbie Reese
Kitchen Science Lab for Kids : 52 Family-Friendly Experiments From Around the House, by Liz Lee Heinecke
Summertime Sleepers : Animals That Estivate, by Melissa Stewart
The Big Island : A Story of Isle Royale, by Julian May

I Must Betray You, Ruta Sepetys

Duck & Goose : Colors!, by Tad Hills
In Spring, En Primavera, by Susana Madinabeltia Manso
On Baba’s Back, by Marianne Dubuc